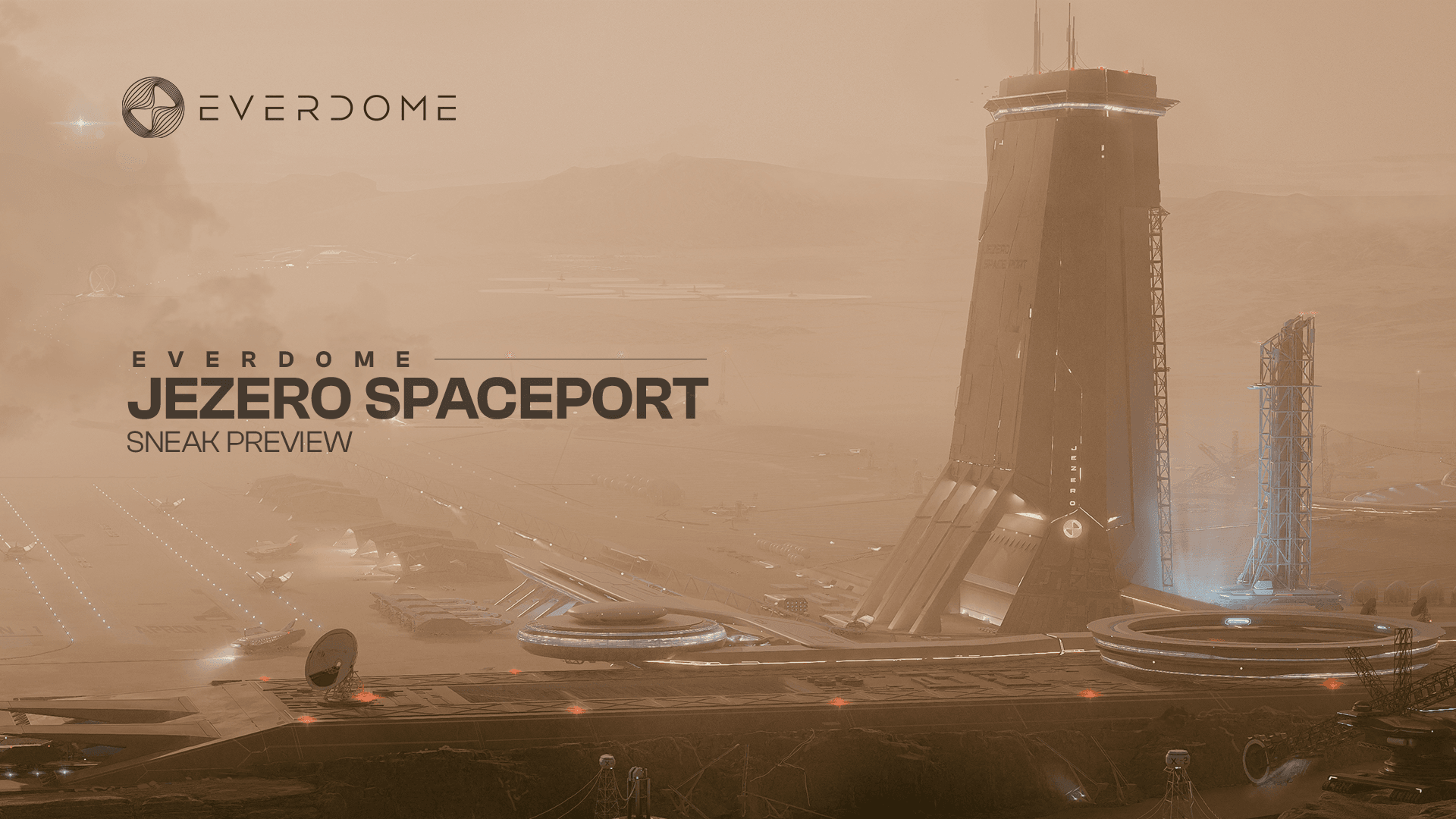 As Everdome’s journey to Mars continues, we are excited to show just a sneak preview of the concept art from Everdome Jezero Spaceport.

Representing the hub for all cargo and passengers transiting to and from Everdome City, the near-future city being created at Jezero Crater on Mars, the Jezero spaceport is the first port of call destination for our metaverse pioneers.

The spaceport is located on the site of a former open pit ice mine that was later moved a few kilometers south to the crater’s lowest elevation point for easier access to the biggest water ice deposits.

Following our release of Hatta Spaceport, our maiden EVR Phoenix Rocket Launch and the Everdome Cycler, this first look at Everdome Jezero Spaceport shows the next phase of our hyper-realistic metaverse worldbuilding.

It will form part of the wider release of the Mars landing experience later in the year, which will comprise several elements taking our passengers from the Everdome Cycler to Everdome City headquarters.

Stay tuned for the full release of the concept work and more detail on this spaceport next week.