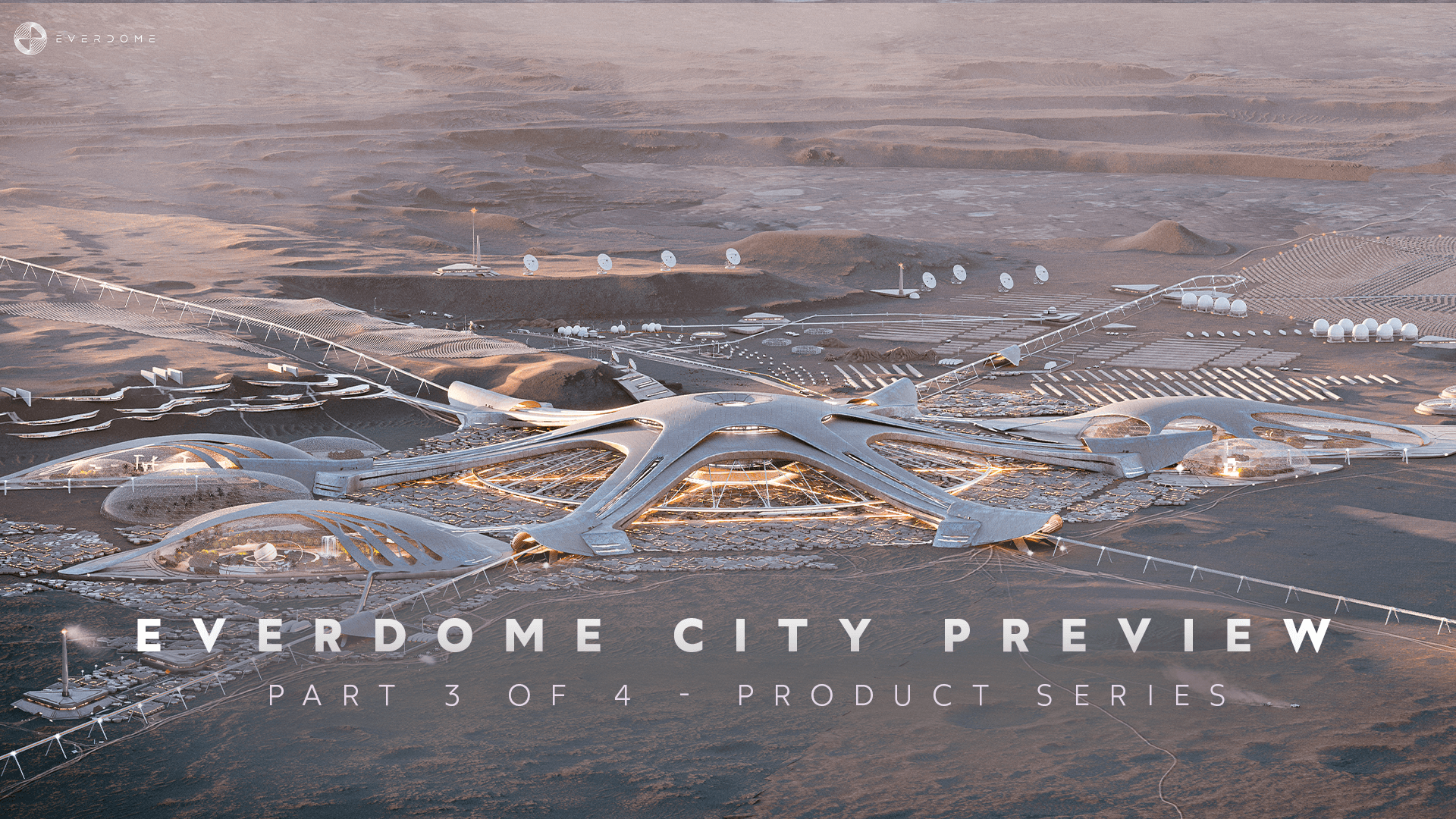 Today we are very excited to give the first-ever preview of Everdome City, our settlement on Mars.🔥

Passengers land at Jezero Spaceport, at the very centre of the Jezero crater – site of the first human landing on Mars in 2028. Anyone expecting wilderness will have to wait a while. Open-pit regolith mines, a spaceship graveyard, the Deep Space observatory and an extensive and ever-growing mining village testify to the speed and scale of human settlement here. 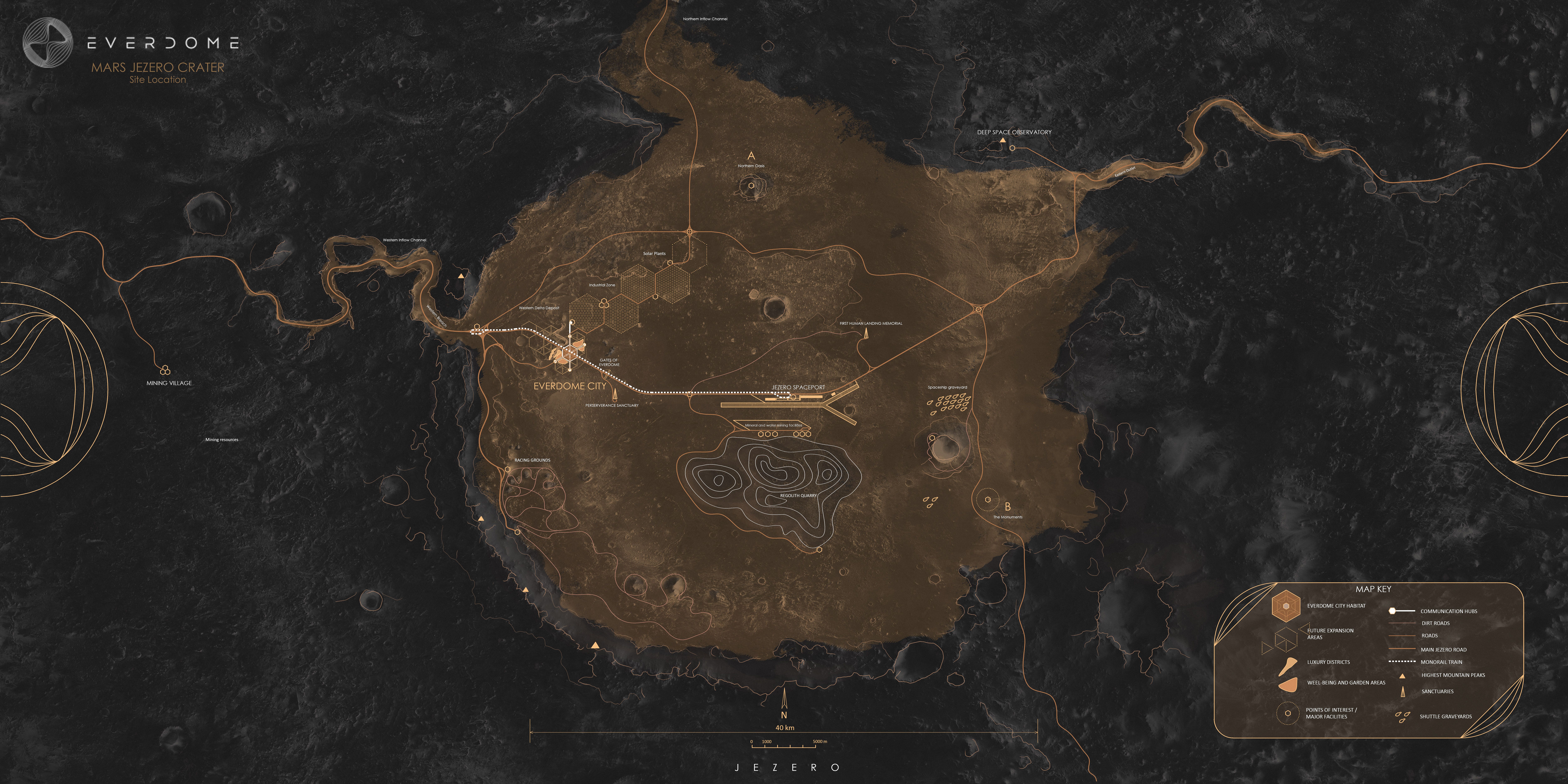 Everdome City itself lies at the western part of the Jezero Crater, nestled in the smaller Belva Crater at the end of the Nerteva Valley. The monumental Everdome Gates straddle the monorail track into the city, a testament to the possibilities of low-gravity printed architecture.

If you make a quick sketch of Everdome, you will end up with a sprawling hexagon made of smaller hexagons. Six districts cluster and connect to a main plaza and City HQ, and this serves as the city’s central control, communications and commercial hub. Each district boasts its own centre and aspires to its own unique commercial and cultural identity. The whole structure shelters from radiation, micro-meteors and sand storms under a vast, transparent, partly pressurized tarpaulin. 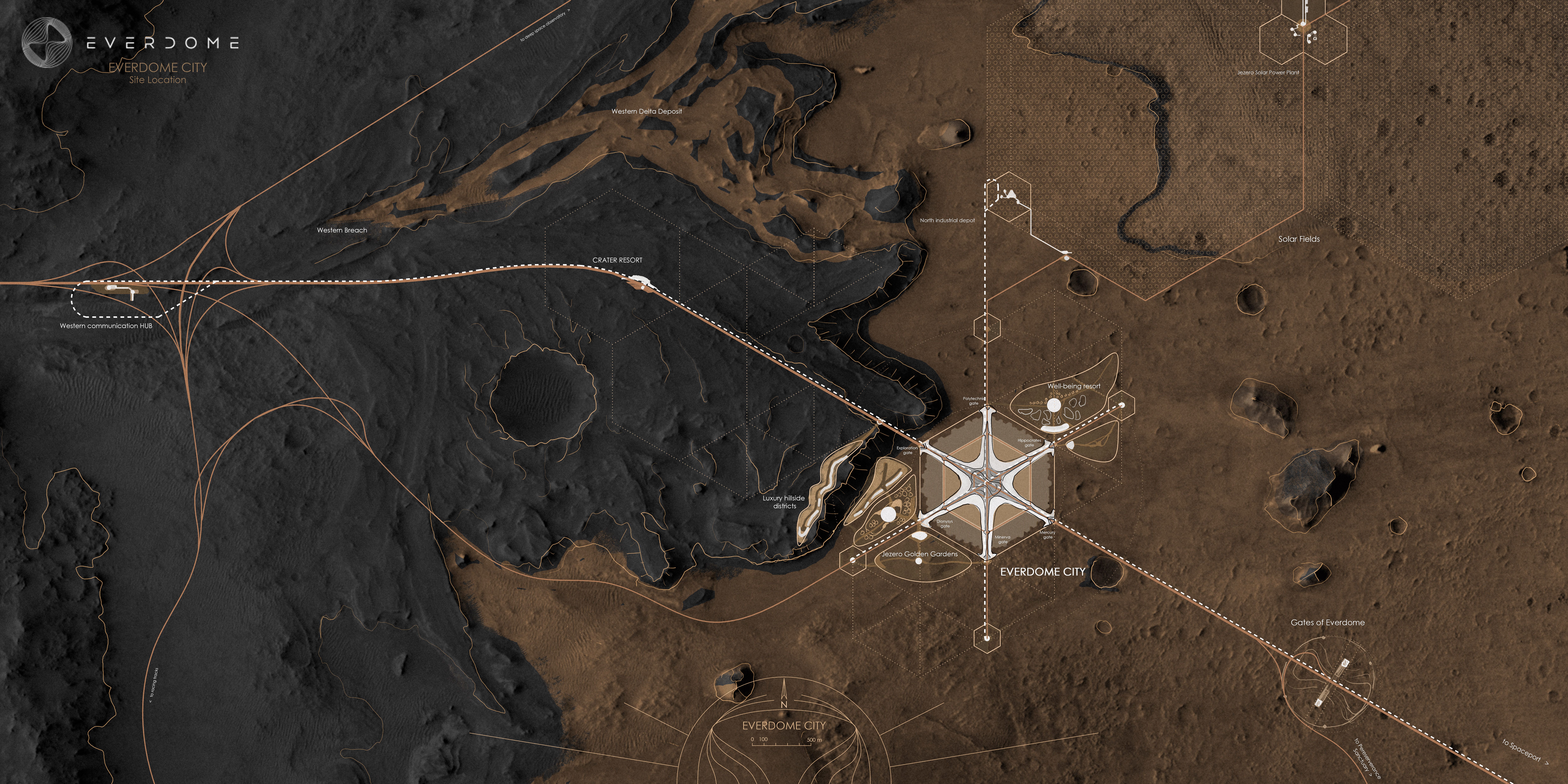 The plots between the Everdome HQ’s and the district centers are privately owned. Everdome’s economy and currency, the $DOME, reflect on-going experiments in finance, stake-holding and investment. Over time, Mars’s economy is likely to become as rich and eloquent as its architecture.

Note: Alpha testing on phase 1 (Everdome spaceport in Hatta) has begun - with access being granted to our testing team(s).

On behalf of our entire team, we welcome you to Everdome City - our metaverse settlement on Mars.